by Dr. Christopher Chang, last modified on 5/28/18.
Read and comment below! 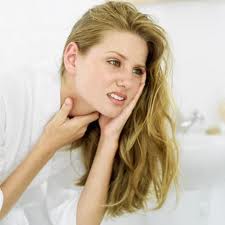 Non-acidic reflux is a phenomenon whereby stomach contents that does NOT contain any acidity refluxes up from the stomach and up into the throat area. Such non-acid or mucus reflux can cause symptoms of:

As such, the information provided here is a PERSONAL opinion that may not be reflected by other physicians. 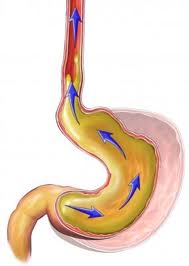 It may surprise patients that the number of reflux episodes that is considered normal is also controversial. Depending on whether one is talking about GERD (gastroesophageal reflux disease) or LPR (layrngopharyngeal reflux), I personally believe the answer is completely different.

As it pertains to GERD and what literature, doctor, or testing equipment is used, 73 plus or minus some change is what is considered a normal number of reflux episodes a typical adult may experience in a 24 hour period of time.

What exactly does this number mean? This number describes how many times stuff in the stomach regurgitates up into the esophagus. Esophagus is the swallowing tube that carries food down to the stomach after being swallowed.

The reason why heartburn is not initially experienced (ie, < 50 episodes of reflux) is because the lining of the esophagus has a protective layer preventing acid damage. However, once the number of reflux episodes goes higher than 80, the protective layer breaks down and acid damage starts to occur leading to typical symptoms of heartburn and/or chest pain.

Now what about laryngopharyngeal reflux (LPR)?

I would argue that even ONE episode is not normal if symptomatic (check out research: paper #1 / paper #2 / paper #3). Indeed, research has shown that it takes as few as 3 episodes of LPR to cause voicebox inflammation and injury.

LPR is when stomach contents regurgitate up to the level of the voicebox. At its most basic limited definition, LPR is a near-vomit (vomit being stomach contents that reach not only the throat level, but the mouth and of course beyond). The only difference between LPR and vomit is the volume of regurgitation and location it reaches. One can consider vomit the ULTIMATE reflux.

When such regurgitation reaches the voicebox level, a number of symptoms occur, even if it happens one single time. First, when LPR occurs even once, the throat feels phlegmy leading the patient to throat-clear the mucus up and out or to re-swallow. Check out this video showing active non-acid reflux (white froth) occurring around the voicebox (picture shown to the right).

Second, when enough LPR episodes occur, the mucosal lining of the voicebox region starts to get irritated that may lead to a chronic cough. At its worst, it may lead to vocal cord dysfunction and even laryngospasm. Some episodes may even be aspirated into the lungs leading to bronchitis and reactive airway disease.

Third, the throat sphincter (upper esophageal sphincter) that separates the esophagus from the voicebox may start to tighten which is the body's way of attempting to prevent further reflux from reaching the voicebox. Such muscle tightening may lead to symptoms of difficulty swallowing with food getting stuck at the voicebox level as well as lump in throat sensation (globus).

Also, non-acid or mucus reflux may be present which will lead to the absence of any symptoms of throat burning. As such with non-acid reflux, heartburn symptoms are not as common due to lack of acid presence (keep in mind that other factors may be present including bile, enzymes, etc that may cause some dry, irritated throat symptoms). Of course, if acid LPR is present, the throat will BURN.

Given even a single episode of LPR can be considered abnormal if symptomatic, many studies will come back NORMAL due to timing and what is considered the normal number of reflux events.

A barium swallow typically does not take more than a few minutes to perform and in essence is an x-ray (fluoroscopy) exam taken while a patient is actively swallowing a thick milkshake (barium). It is also the first test that is often obtained when working up possible non-acid LPR. Why? 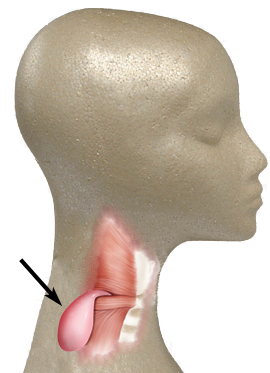 There are other pathologic conditions that may lead to symptoms of phlegmy throat which can mistakenly be attributed to non-acid LPR including:

The nice thing about the barium swallow is that it can rule out these other condition fairly easily.

Esophagoscopy is an exam most commonly performed by GI specialists (EGD) whereby a scope is inserted through the mouth (or nose by some ENTs with special training called trans-nasal esophagoscopy or TNE) and into the stomach and beyond. 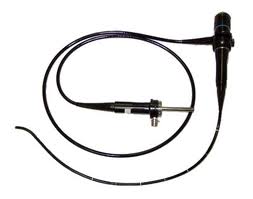 Esophagoscopy is great for evaluating the presence of mucosal damage which can not be seen on barium swallow as well as presence of any anatomic abnormalities like hiatal hernia, Zenker's diverticulum, strictures/stenosis, etc.

The Problem With Barium Swallow and Esophagoscopy

The weakness of esophagoscopy and barium swallow when it comes to determining the presence of non-acidic reflux is timing.

Reflux is a dynamic event. It comes and goes like the waves of an ocean.

Just because the barium swallow does not show reflux does not mean that reflux is not present. It just means that reflux was not present DURING THE 1-2 MINUTES IT TAKES TO DO THE TEST!!! Reflux may occur 200 times daily, but if the test just happened to be performed in between reflux events, it will not see it.

Same is true for esophagoscopy. It may not see any mucosal damage due to lack of acidity and given it is also a test that occurs only for a short period of time, it may also miss reflux events that would have been observed if the examination took a longer period of time.

Let's use an analogy... When travelling in the Rocky Moutains, hikers are warned of bears. A hiker can look out the car window for several minutes and see not one single bear. This hiker can come to the erroneous conclusion that the bear warnings must be wrong given he did not directly observe any bears for the few minutes he was looking. A normal barium swallow and esophagoscopy is kind of like looking out the car window for a few minutes and erroneously concluding no reflux is present.

As such, what I consider the BEST study to evaluate for non-acid LPR is a 24 hour multi-channel pH and impedance testing. This test looks for reflux during a continuous 24 hour period of time. If it sees reflux, it records what time, how long it lasts for, how high does the reflux go up, and what the pH level is. Going back to the bear analogy, It's kind of like looking out the car window for 24 hours continuously to see if there's any bears around.

The typical report for a 24 hour multi-channel impedance testing is:

"Jane Doe had 175 total episodes of reflux in a 24 hour period of time. Of those, 89 reached the throat level. 50% of the reflux events were non-acidic with a pH > 7. The majority of reflux events lasted no more than 5 minutes."

Be aware that not all 24+ hour reflux tests are created equal, especially when it comes to non-acid reflux evaluation. The proper 24 hour reflux testing needs to be a multi-channel pH and impedance testing. Make sure "impedance" testing is included as this is the only test that can detect non-acid (typically defined as pH > 4.0) reflux events. Make sure the test is "multi-channel" to ensure there are sensors that go all the way up to the throat level.

Of course there are other types of reflux monitoring tests including BRAVO and "plain" pH probes which are inadequate to evaluate for non-acid reflux due to inability to detect pH > 4 as well as where the sensor is positioned.

BRAVO testing is when a small capsule the size of a multivitamin is placed in the esophagus during EGD. It typically is placed at the level of the mid-chest. The problem with BRAVO is that it ONLY detects acid reflux. Furthermore, it can only detect acid reflux that reaches the mid-chest region... not how many actually reaches the throat level where a patient may have symptoms. Remember, a certain number of reflux events in the chest level is considered normal whereas reflux that reaches the throat level is never considered normal. But if the BRAVO is not placed at the throat level and if it can't "see" non-acid reflux, a patient with throat complaints may never know with this test if non-acid LPR is present. BRAVO can not determine whether non-acid LPR is present.

A simple spit test can also be performed to determine if LPR (whether acid or non-acidic) is present as well. This test is currently not FDA approved yet and as such, is a test that is NOT covered by insurance at this time. Due to a special arrangement with RDBiomed who performs the testing, this test can be obtained in our office at a discounted price of $125 (compared to normal price of $175). Price includes the kit, test supplies, and courier shipping service.

This test is ONLY offered to current patients of ours. If you are not a patient with our office, you can purchase the test online here. We recommend the standard 3 sample peptest.

Assuming non-acid LPR has been confirmed on appropriate testing, what can be done to treat it?

Actually... if there's suspicion for non-acid LPR, treatment can be started while testing is obtained. 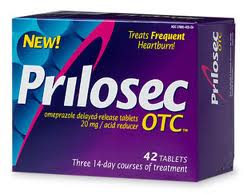 A person can try a proton pump inhibitor (Prilosec

There are some mucogenic foods, particularly dairy, wheat, and egg, that seems to trigger excessive phlegm production whether from reflux (or not). As such, a trial period of 4 weeks where such food products are completely avoided can be tried.

There are a few lifestyle changes that may be helpful for either acid or non-acid reflux. Keep the head of bed elevated more than 30 degrees. Best way to do this is by placing a few bricks/books under the legs at the head of the bed to tilt the entire bed. Or, sleep in a chair recliner. Or, purchase a mattress wedge. Sleeping with several pillows is not adequate as one needs the chest region also to be higher than your stomach (not just the head).

(less preferable) or Gaviscon Advance made by Reckitt Benckiser (NOT the same as gaviscon sold in the United States by GlaxoSmithKline which contains significantly less of the key alginate ingredient). Read more here. Reglan is another medication that might be helpful, though has the potential for serious (and permanent!) neurological side effects. Research article regarding use of Gaviscon Advance for LPR shown here and here. Gaviscon Advance Suspension/Liquid made by Reckitt Benckiser contains at least 500mg of the key ingredient sodium alginate in 5ml dose (1 tsp). Occasionally, Amazon.com does stock this medication. Here's a list of other online pharmacies that may stock it. Alternative supplements are also sold that contain the same alginate ingredient (but no research has been done to see if these alternative forms work as well).

If you are enterprising, you can also make your own Gaviscon Advance using its component ingredients easily found in the United States. Read the recipe here.

The only known "cure" is a Fundoplication surgical procedure performed by general surgeons. Trans-Oral Fundoplication and other incisionless lower esophageal sphincter tightening procedures are less invasive options that that may also help.

If non-acid LPR is affecting your quality of life, please contact our office for an appointment.

Products mentioned above sold on Amazon.com:

Any information provided on this website should not be considered medical advice or a substitute for a consultation with a physician. If you have a medical problem, contact your local physician for diagnosis and treatment. Advertisements present are clearly labelled and in no way support the website or influence the contents.