In order to understand treatment of vocal cord paralysis, one needs to first understand how the voice works when everything is moving fine. If you already know, skip to the treatment section. If not, here is a more detailed tutorial on how the voicebox works. Briefly, the voicebox is composed of a right and left vocal cord that is attached on one end, much like a "V". When the vocal cords are apart, air moves in between the vocal cords into your windpipe that allows one to breathe. When a person wants to sing/talk or say "eee," the vocal cords come together and vibrate very quickly creating the voice. The vocal cords and their movement can be visualized on fiberoptic laryngoscopy (watch movie of this exam).

Other symptoms a patient may have from bilateral paralyzed vocal cords include:

Why would the vocal cords both become paralyzed in the first place? The MOST common cause of bilateral vocal cord paralysis is surgery, especially thyroidectomy. Other less common causes include neck trauma, traumatic intubation, and cancer (especially lung or thyroid cancer). Regardless of cause, if the paralysis is permanent, the options are quite limited and require the sacrifice of either breathing or talking. You can't have both good breathing and a good voice. Please note that a patient may have bilateral vocal cord fixation and NOT paralysis which is treated completely differently.

Why can't you have both good breathing and a good voice when both vocal cords are paralyzed?

Because in order to have a good voice, the vocal cords need to come tightly together... but given they are paralyzed, they will not come together to allow for a good strong voice. 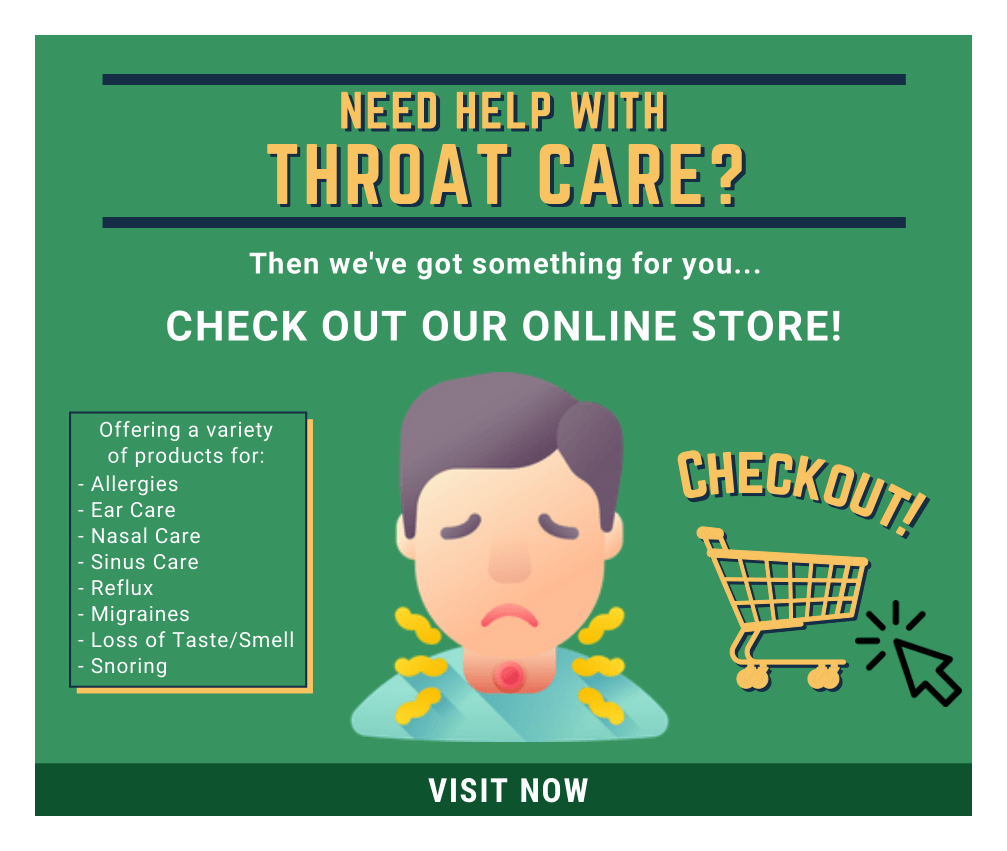 In order to have good breathing, the vocal cords need to be widely apart... but given they are paralyzed, they will not be able to move apart to allow for good breathing.

Which in essence means you can't have both good breathing and strong voice. One or the other needs to be sacrificed... or a compromise of both is required resulting in so-so breathing and a so-so vocal quality.

BUT, if tracheostomy is out-of-the-question.. than a patient with bilateral vocal cord paralysis is stuck with a compromise between the voice and breathing.

In order to achieve such a 50:50 compromise of breathing and voice, a surgical procedure can be pursued that essentially cuts the vocal cords to allow more space for breathing, but not so much as to cause complete voice loss.There are in essence two surgical approaches: cordotomy and medial arytenoidectomy.

An important factor to consider is that as long as the nerve is intact, the vocal cord paralysis may resolve on its own spontaneously up to one year after the paralysis occurs!!! As such, temporary measures (voice therapy) is usually recommended until after 1 year has passed after which more permanent procedures are recommended if symptoms are still present.

Posterior cordotomy is when the vocal cord is detached from its joint (called the arytenoid). This procedure is typically accompiished using a CO2 laser or coblation.

Medial arytenoidectomy is a much more aggressive procedure where a cordotomy is performed along with partial removal of the joint itself! Why is this performed? Because sometimes even after a cordotomy, there STILL is not enough space for easy breathing.

Either procedure can be performed to one or both vocal cords in order to achieve an adequate airway for breathing, but not too much to the point where the voice is utterly sacrificed. For example, bilateral medial arytenoidectomy can be performed OR a left posterior cordotomy and a right medial arytenoidectomy can be done OR in any other combination.

Obviously, these procedures need to be performed under general anesthesia. It may require several procedures before an adequate airway is achieved as the patient may elect for cordotomy first... and if the breathing is still not adequate, to than pursue a second stage procedure with a medial arytenoidectomy. Such an incremental approach may be desired in order to preserve as much voice as possible. However, the downside is the need for several separate surgical procedures.

On a side note... there are other scenarios that may give the appearance of bilateral vocal cord paralysis when there is no paralysis actually present. It can be due to physical immobility of the vocal cords due to either arytenoid dislocation/fixation OR scar tissue (posterior glottic web) preventing vocal cord mobility. This is the best case scenario as correction of the physical problem will resolve the vocal cord motion back to normal! As an example, here's a patient with bilateral vocal cord fixation due to scar tissue.

Be aware that our office is not able to offer any options beyond voice therapy and tracheostomy, mainly because our office does not have access to a CO2 laser which is required to perform cordotomy or medial arytenoidectomy.

Voice amplification products for patients with a weak voice: 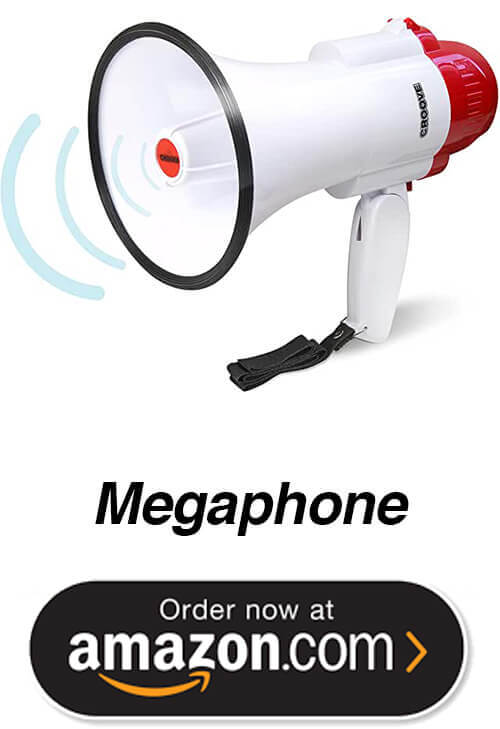 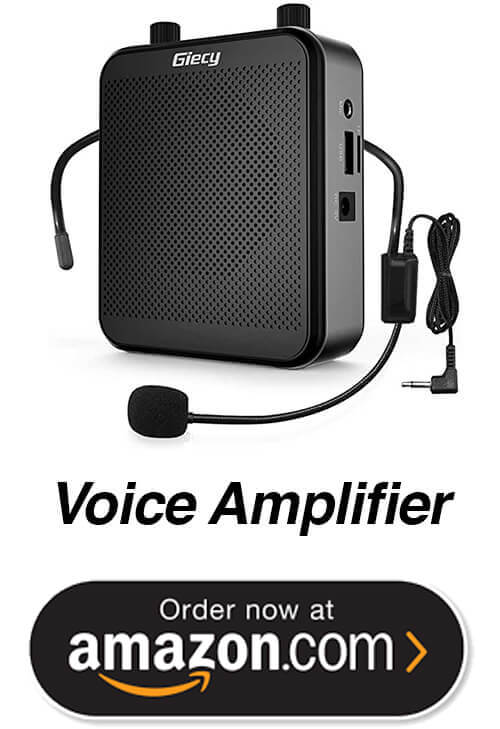 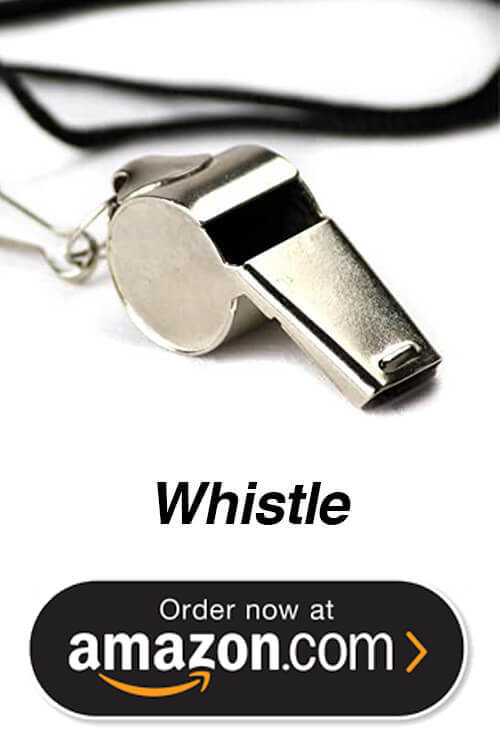